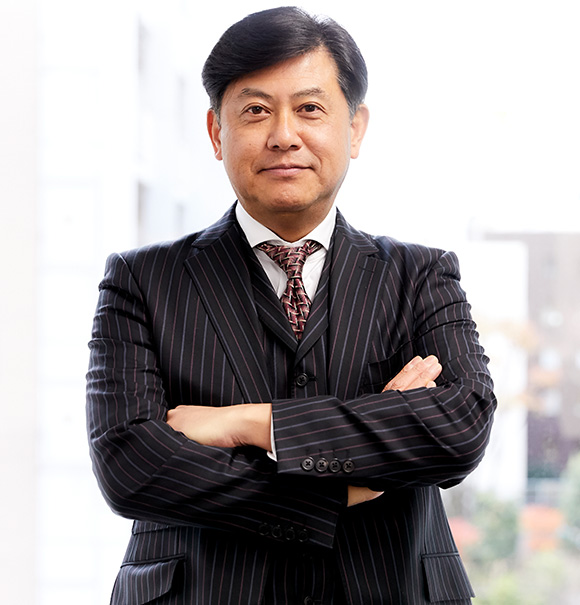 In recent years, intellectual property (IP), characterized by patents, etc. (the discussion herein will be centered around patents), are becoming the focus of attention.
The reason for this attention is due to the fact that today typically 80% of company value consists of intangible assets, so that intellectual property constitutes a monetizable intangible asset which, if utilized effectively, can increase the ‘tangible’ value of your company (or business).

I often hear it been said, “protect your products with patents”.
Such a statement is, for example, used to refer to the patenting of a product to avoid others from imitating it.
If patenting is utilized in such a manner, one can delay the competition from technically and/or commercially catching up.
The more superior and commercially successfully your product is, the more effective this approach becomes.
Such patents come as a ‘set’ with the product.
The fundamental thinking behind such an approach is to consider the patent as a right for a specific purpose (a form of ‘insurance’, so to speak).

Whereas, I have also come to hear the statement “let your patents produce a profit”.
Such a statement is, for example, used to refer to being able to monetize your patents through licensing where the competition uses your patent or are in a situation where they have no choice but to use your patent.
Such patent usage does not necessarily mean that the patent(s) come as a ‘set’ with the product.
In other words, patents only can be utilized even if your company does not manufacture a product.
The fundamental thinking behind such an approach is to consider the patent as a right to exclusivity (an IP business model).

Upon comparing Japan with the U. S. on the revenue of IP royalties listed on an international statistics website, the U. S. obtains 3.5 times the revenue of that obtained in Japan.
Why does such a huge difference occur between Japan and the U.S.?

We at INFORT continue to encourage our clients to take up an IP strategy (an ‘aggressive’ IP strategy) having the above-mentioned second school of thought, and it is our desire to support our clients in order to monetize their patents.